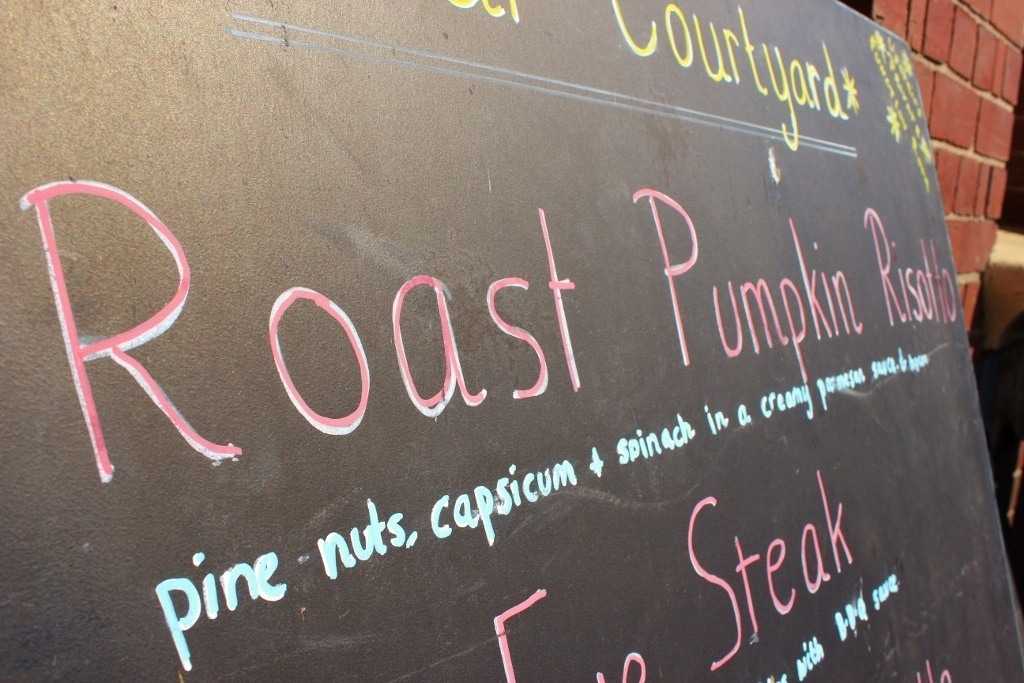 Pumpkin is something I associate with Halloween, but in Australia, it’s what they make for dinner. Some variation of pumpkin, often a pumpkin soup, can be found on just about every restaurant menu in Melbourne. We are always eager to try local dishes, but we were hesitant to indulge in the pumpkin craze.

Our first taste of pumpkin in Australia was during our all-you-can-eat experience at the Melbourne Dumpling House, where we tried pumpkin dumplings and pumpkin cake – and we started to understand the enthusiasm for it. But, when a neighbor invited us to tea (that’s dinner in Australia) and a subsequent lunch, our taste buds for pumpkin were awakened.

She served roasted pumpkin as a side to a delicious lamb roast and a creamy pumpkin soup for lunch. Both were slightly sweet, which was a bit of a surprise. When that same neighbor, knowing I like to cook, gifted me a fresh pumpkin (soup recipe included), I began to understand why I liked it so much.

To an American, pumpkin is a fruit with a thick shell and gooey, stringy insides – and is best consumed in the form of a sweetened pie. What they call pumpkin in Australia is something different entirely. It is a winter squash; a butternut squash, actually. Upon this revelation, I was much more enthusiastic about the prospect of creating a meal with it. Using the foundation of the recipe I received, I adjusted it slightly to our taste and my preferred cooking method (crock pot, rather than stove top) and was a little shocked by how good it turned out (if I do say so myself!).

Peel and cube both potatoes and chop onion and place in crock pot.

Use electric mixer to blend; I like a chunky soup, so I didn’t blend for too long. Stir in thick cream, cumin (1-2 teaspoons) and rosemary (1-2 teaspoons). Let cook for another 30 minutes on low.

Seeds: Separate and rinse pumpkin seeds and place on paper towel to dry. Spread seeds on baking sheet and salt liberally and bake at 350 degrees for 30-45 minutes.

Serve soup in bowls with a sprinkle of baked seeds and a dollop of sour cream, if desired.

Notes: Kris didn’t like the seeds, but I thought it added a nice texture. It was recommended to sauté the onions in a skillet prior to adding them to the pot, but I forgot and tossed them in the pot raw and they turned out fine. For a healthier meal, the thick cream and sour cream could both be eliminated and the soup would still be tasty.

Our batch made four large portions of soup. We saved two portions for the following night and the soup was even tastier the second time around. In the future, I would make it a day in advance to really pull out the flavors!

We want to know: Have you tried pumpkin soup in Australia? Do you make homemade pumpkin soup? Tell us about it in the comments!

6 thoughts on “Pumpkin Soup In Australia: It’s what’s for dinner!”