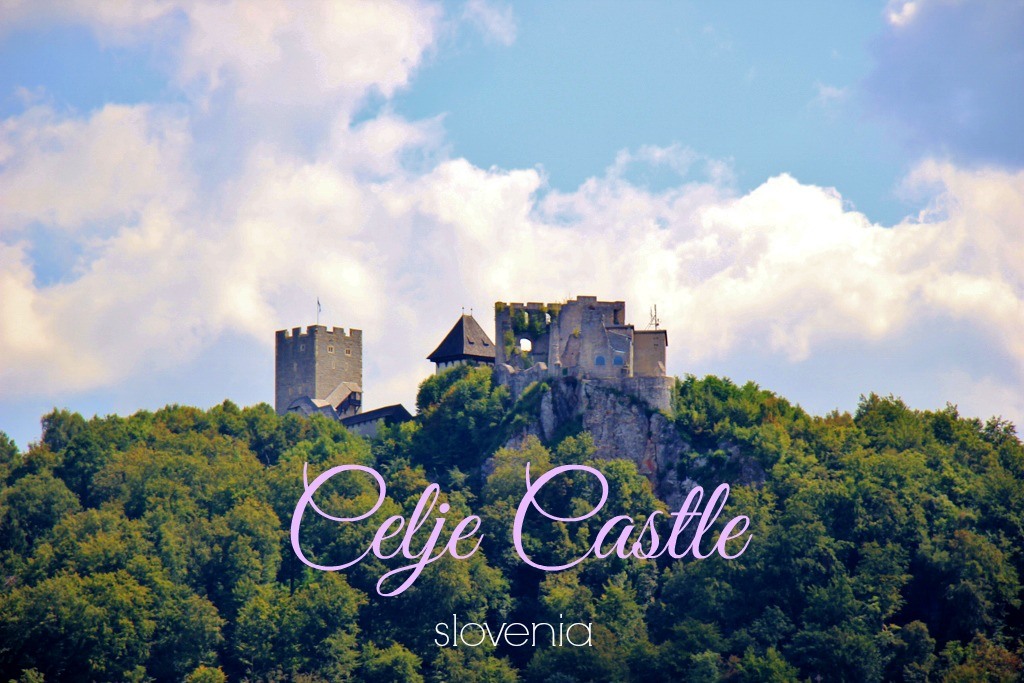 Ninety-six. That is the number of castles listed on Slovenia’s official tourist website. While seeing all 96 is not a goal of ours, we had seen four of the most popular – Bled Castle, Ljubljana Castle, Skofja Loka Castle and Predjama Castle – and decided to visit one more, Celje Castle, which happens to be the largest medieval castle in Slovenia. 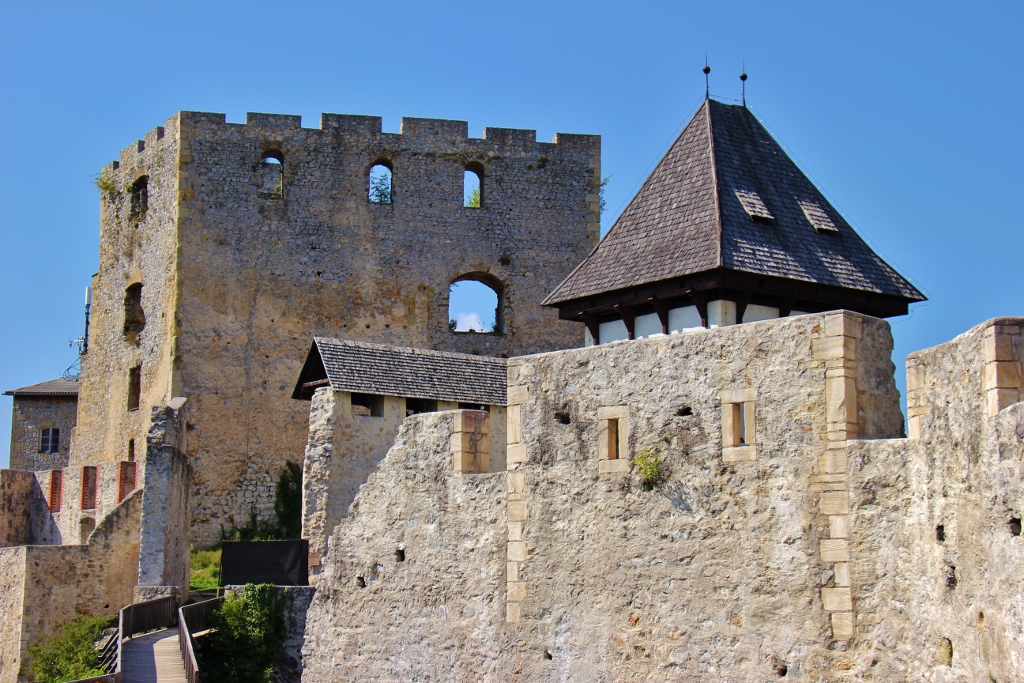 
The oldest part of the Celje Castle, which included only one small building, a courtyard and ramparts, was constructed in the late 1100s on the hilltop overlooking the river valley and the town of Celje. When the castle changed ownership to the Counts of Celje in the 14th century, they expanded the Celje Castle by adding more residential quarters and a defense tower. The 75-foot-tall tower has walls that are 10 feet thick. It was subsequently called Frederick’s Tower, as it is where Count of Celje Frederick II was imprisoned after defying his father – and only freed when it was time for him to become successor. 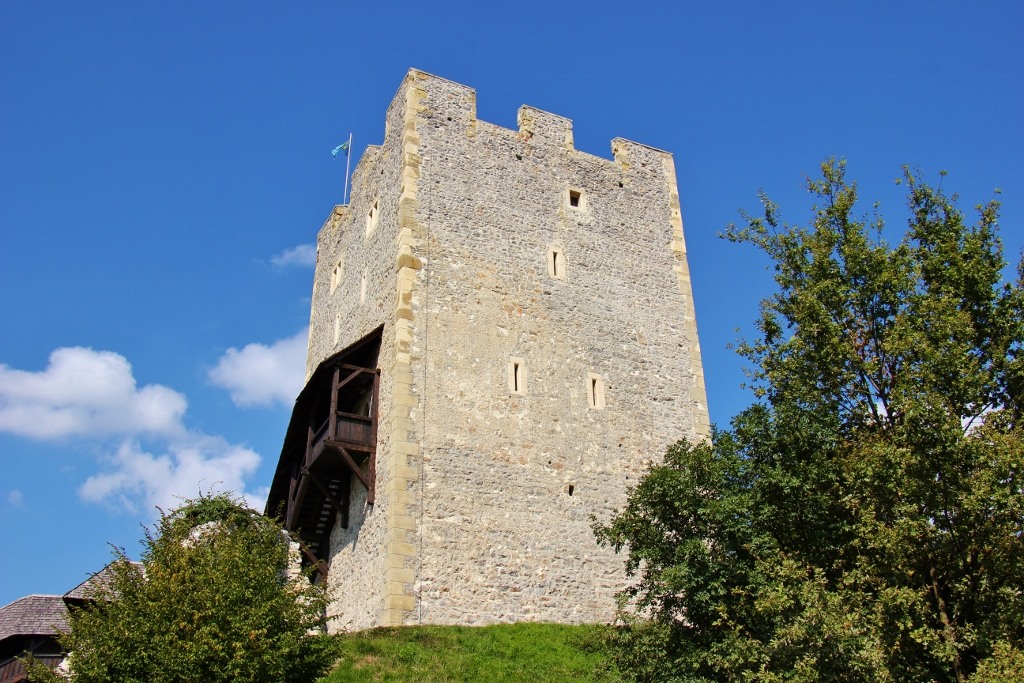 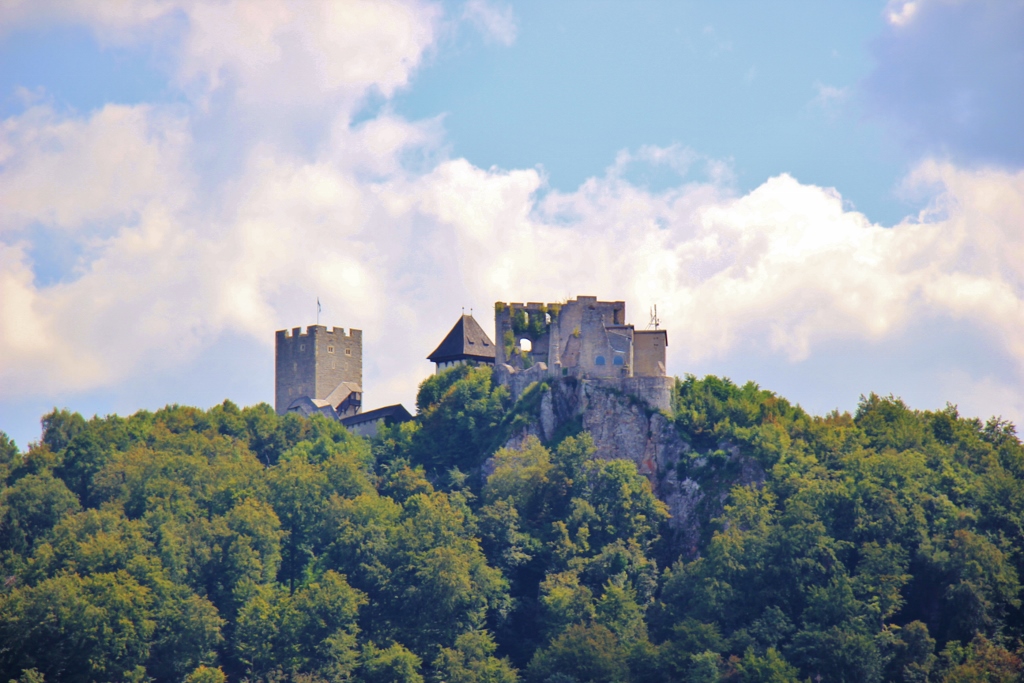 Defensive expansion of Celje Castle continued, with additions of an outer wall, military facilities and trenches. In the 16th century, new ramparts were built and the Celje Castle was redesigned as a fortress and place of refuge for the citizens in times of war. However, by the 18th century, the castle was left uninhabited and parts of it were used as building materials for new structures in the region. 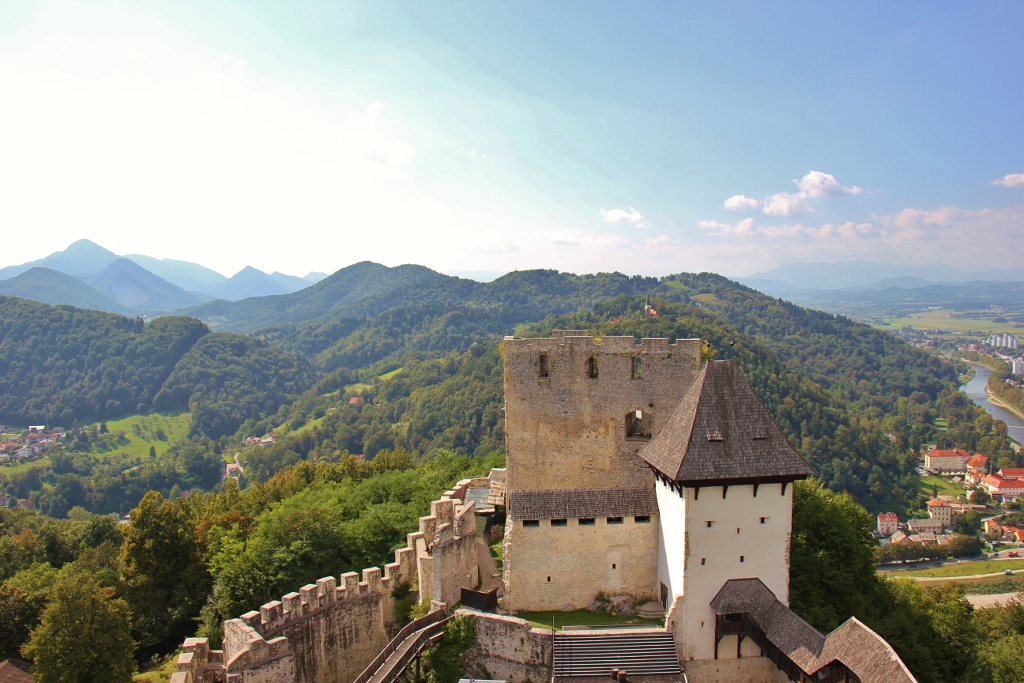 Today, the Celje Castle has been renovated and the castle and grounds are open to be explored by visitors. Frederick’s Tower can be climbed for 360˚ views of the surrounding land. The ‘Tower above Pelikan’s Trail,’ built in the 16th century, is also open to guests and has interesting displays. In the oldest part of the castle, we found a medieval playground (of sorts) and fantastic views down to the city of Celje.

The City of Celje 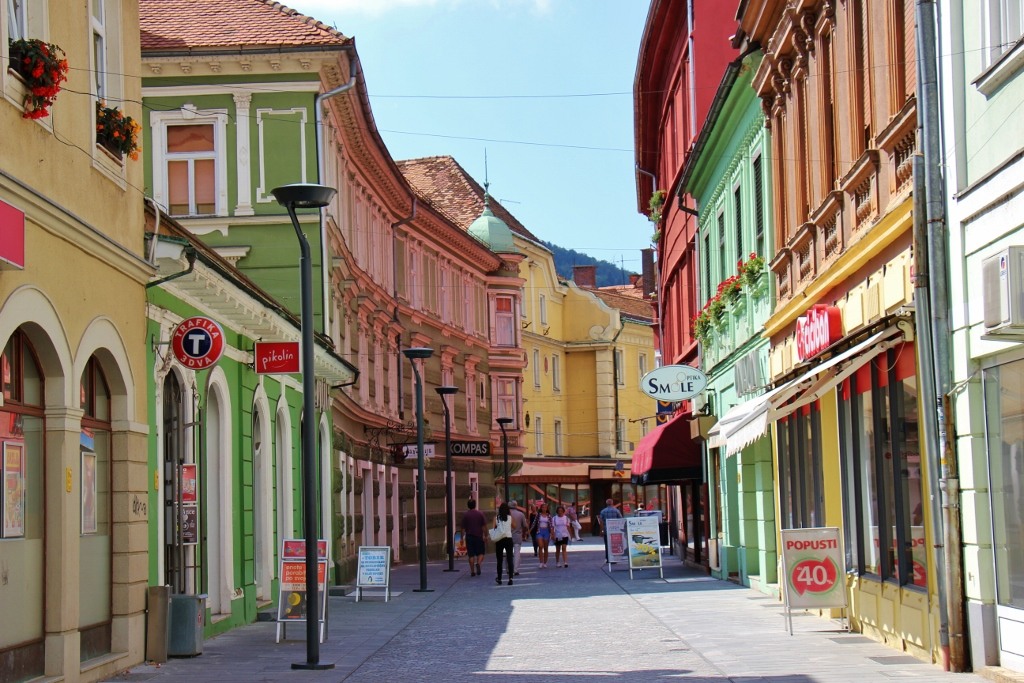 The area of Celje has been inhabited since 300 B.C.; first by the Celts, then by the Romans. It was during the Middle Ages and the reign of the Counts of Celje, however, that Celje was developed as an economic center. In 1846, the railway was constructed, connecting Celje to Vienna and Trieste – and, thus, the rest of Europe. As it is today, the city of Celje is a combination of preserved past and an urbanized center.

Although our time in Celje was short, looping through the city and along the Savinja River, we were able to see many of Celje’s notable buildings. Most interesting to us were Celje Hall on Krek Square, St. Daniel’s Church, Old Counts’ Mansion and the Celje Central Library.

Celje Hall (which now houses the local Tourist Information Center that offers a free, detailed city brochure) was built in the early 1900s by Celje’s German inhabitants in the Neo-Gothic style. St. Daniel’s Church is Celje’s cathedral and was originally built as a single-nave church, but has since been reconstructed several times, including most recently in the late 1900s. The interior, however, houses artwork that dates to previous centuries. The Old Counts’ Mansion was built between 1580 and 1603 as part of the city walls. Inside is the famed ‘Celje Ceiling,’ which we didn’t see as we were short on time. The modern Celje Central Library, built in 2010, is the 3rd largest library in Slovenia and has 370,000 library materials. 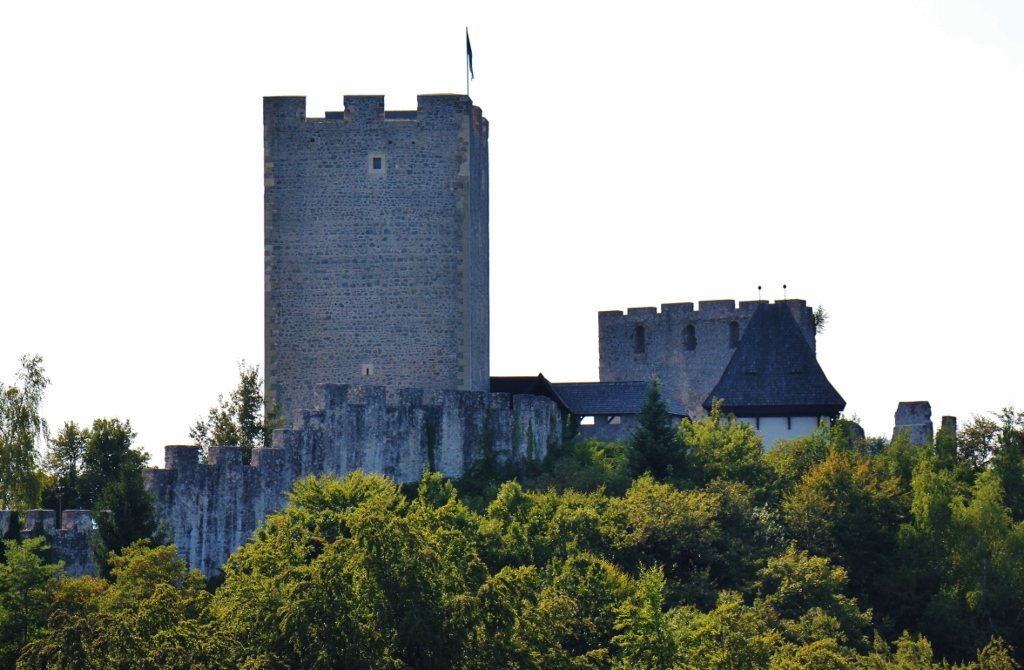 Looking for a place to stay near Celje Castle? Search for hotel deals on Booking.com!


We want to know: Have you visited Celje Castle or the city of Celje? What were the highlights? What other castles have you visited in Slovenia or Europe? Tell us in the comments! 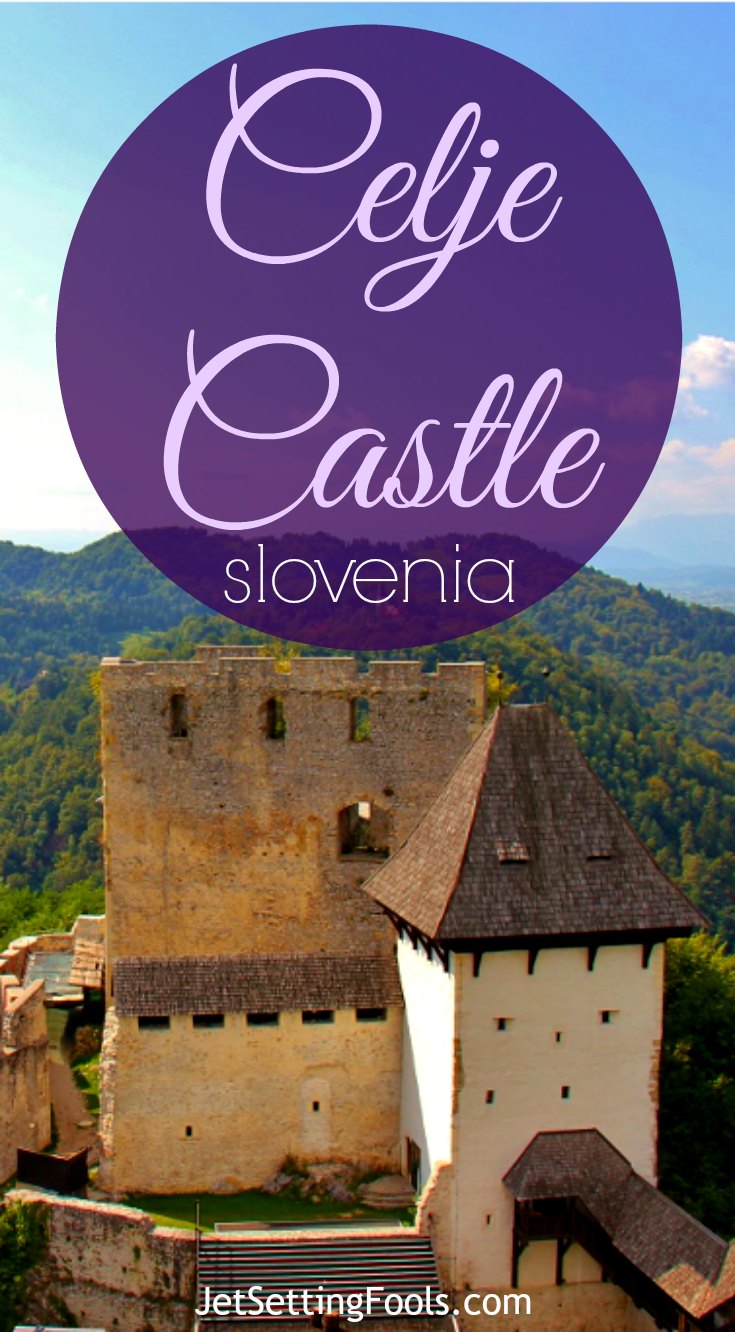